With the presence of the presidents of the Federations of Mexico, the Dominican Republic and Canada, the Continental American Padel Federation (CAPF) was officially constituted, which will have as president the CEO of Monte Carlo International Sports, Fabrice Pastor.

At the facilities of the Journey Padel Arena Cancun club, where the Inaugural Master of the CAPF is being held, the appointment of the Monegasque businessman as the first president of the new institution took place.

During this presentation to the media, Fabrice Pastor explained the main objectives of this institution and the reasons that led him to accept the position.

Pastor explained that this is the continuity of paddle’s promotion work and development  that has started his company, Monte Carlo International Sports in the last five years.

“We have collaborated with many companies and players who are professionals today, trying to improve the conditions of the main players in this sport,” he said.

The new president said that “today we join this project because of the great development potential that padel has in Central and North America. We want to help expand the sport, that there are more practitioners in this area, but we have the doors open so that more countries can join the CAPF in the short term. 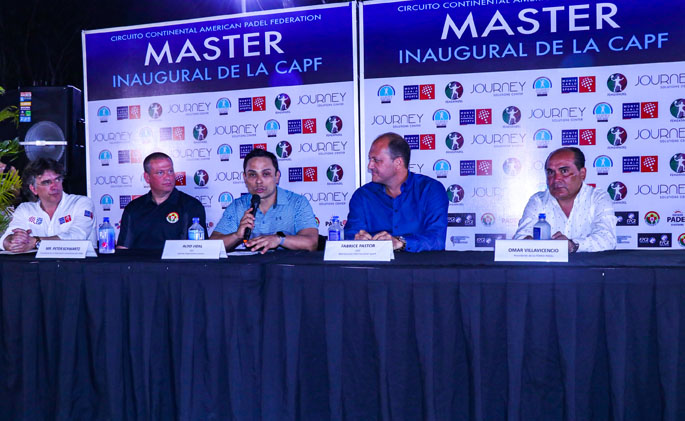